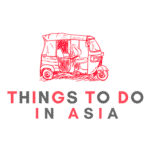 Sri Dalada Maligawa or the Temple of the Sacred Tooth Relic is a Buddhist temple in the city of Kandy, Sri Lanka. Located in the royal palace complex of the former Kingdom of Kandy, the temple houses the relic of the tooth of the Lord Buddha.

Built-in 1592 the magnificent temple reflects the Kandyan era architecture. You can visit the site by yourself or with a guide if you want to learn more about the history of many parts inside the temple.

As the Dalada Maligawa is a Buddhist temple which is praised by people all over the world, there are some rules to be followed when you visit the Temple of Tooth Relic. Make sure you wear decent clothes to cover up yourself as respect to the tooth relic of Buddha.

In the morning and in the evening, there are two prayers and the place can get crowded.

Is this your business?

Claim listing is the best way to manage and protect your business.